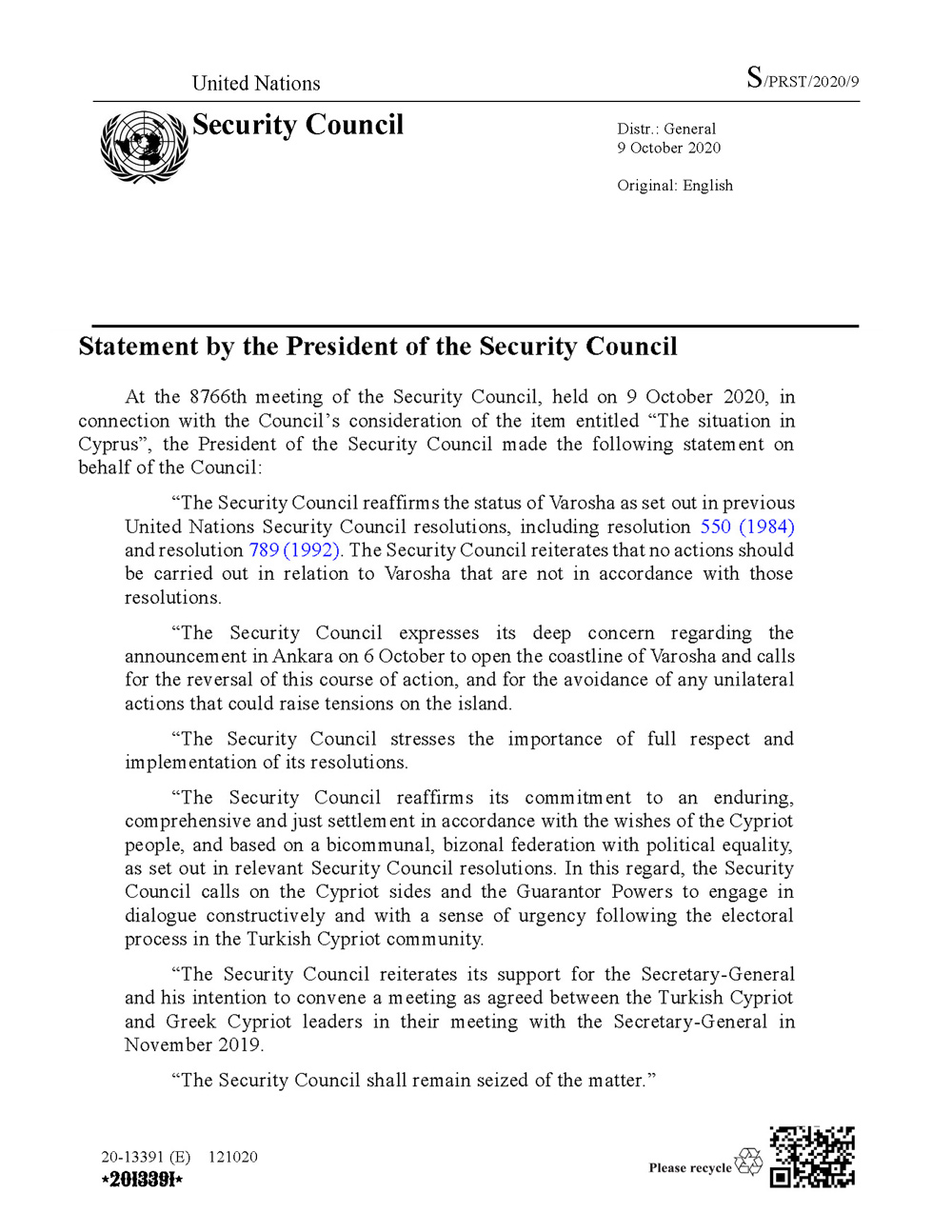 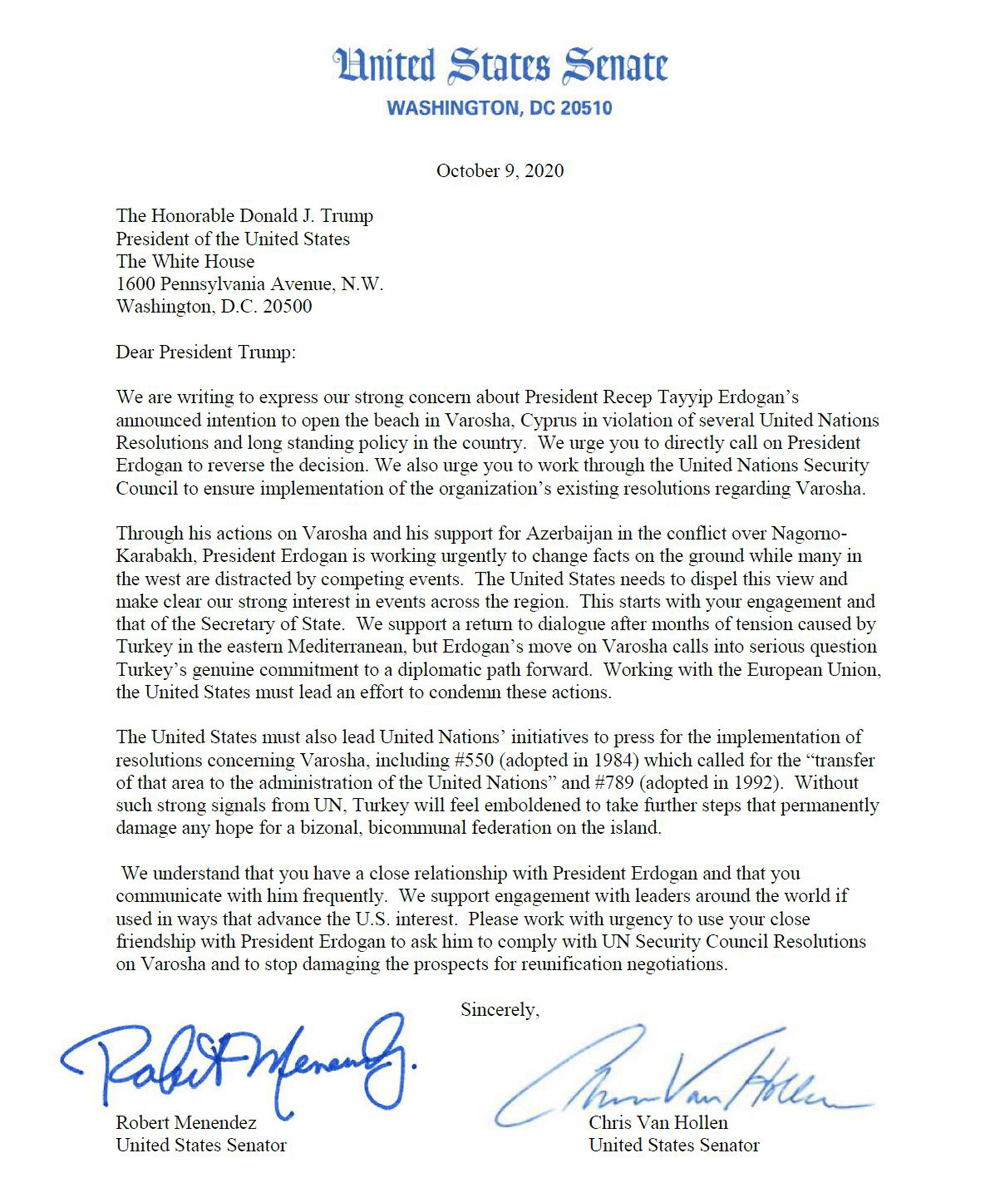 On October 6th, 2020, Turkey announced the immediate opening of Varosha beach, an integral part of the fenced area of Varosha, in violation of relevant UNSC Resolutions. Varosha is under the direct control of the Turkish army and a symbol of the occupation itself. The UN has set a specific framework for its return to its lawful inhabitants, where the resettlement of the area under UN auspices will be a priority without awaiting the outcome of discussions on other aspects of the Cyprus problem.

This move by Turkey bears extremely serious ramifications, in particular to any prospects of resuming negotiations for the solution of the Cyprus problem. There is in fact little doubt that this is a step towards the permanent partition of the island, a deliberate attempt by Turkey to impose its \”plan B\” of altering the basis of the solution, at a time when the UN Secretary General is preparing for the resumption of the peace process. It is therefore a move which carries wide and far-reaching consequences for the entire island.

Urgent action is needed, particularly in the context of the UN SC, to prevent the materialization of the Turkish plans. US support is crucial in demanding the immediate cessation of actions that run contrary to UN SC Resolutions, which clearly call for \”the transfer of that area to the administration of the United Nations\” (Resolution 550, 1984).

Any plans towards the opening of the fenced area of Varosha and the undermining of efforts to resume the peace process should be condemned, and the status of the area reaffirmed as enshrined in the UN SC Resolutions. At the same time, action should be taken to restore the situation to the status quo ante.

At a moment when all efforts are focused on the termination of violations, the de-escalation of tensions and the creation of an environment conducive to the resumption of the negotiating process, the materialization of Turkey\’s threats for Varosha constitute a severe blow to these efforts and to the very prospect for a solution to the Cyprus problem. Urgent action is needed in order to avert Turkish plans for Varosha, prevent the fueling of the vicious circle of violations and tensions and ensure that all efforts are aligned in the direction of charting a positive way forward.

September 30, 2020 at 12PM – Celebrate the 60th Anniversary of the Independence of the Republic of Cyprus Menendez Statement on Turkey’s Reported Test of S-400 Air Defense System