(WASHINGTON, DC) – Congresswoman Nicole Malliotakis (NY-11) today led a bipartisan group of colleagues in sending a letter to the United States Ambassador to the United Nations (UN) Linda Thomas-Greenfield, urging the UN Security Council (UNSC) to take immediate action against “the Republic of Turkey’s aggressive, illegal and unilateral reopening of Varosha in Cyprus.”

In 1974, Turkey launched a deadly and unprovoked military invasion of Cyprus, occupying a third of the island – including Varosha. This action directly violates international law and multiple UNSC resolutions.

“As our Ambassador to the UN, it is imperative that you act in concert with your UNSC and General Assembly colleagues to implement these stated UN policies and address the growing threat posed by Turkey, ensuring the eventual return of Varosha to its Greek Cypriot owners and inhabitants,” wrote Representatives Malliotakis, Maloney, Bilirakis, Fitzpatrick, Titus, Pappas, Cicilline, Waltz, Sarbanes, Pallone, McGovern and Lynch.“Given your lifelong advocacy for refugee communities around the world, we are confident that you will use your position at the UN to defend the rights of Varosha’s native Greek Cypriot people.”

In May, Malliotakis led her colleagues in introducing a bipartisan resolution calling on the Biden Administration to condemn Turkey for its illegal occupation of Cyprus and encourage the Administration to make the reunification of the island nation a top foreign policy priority.

A copy of the letter can be found below: 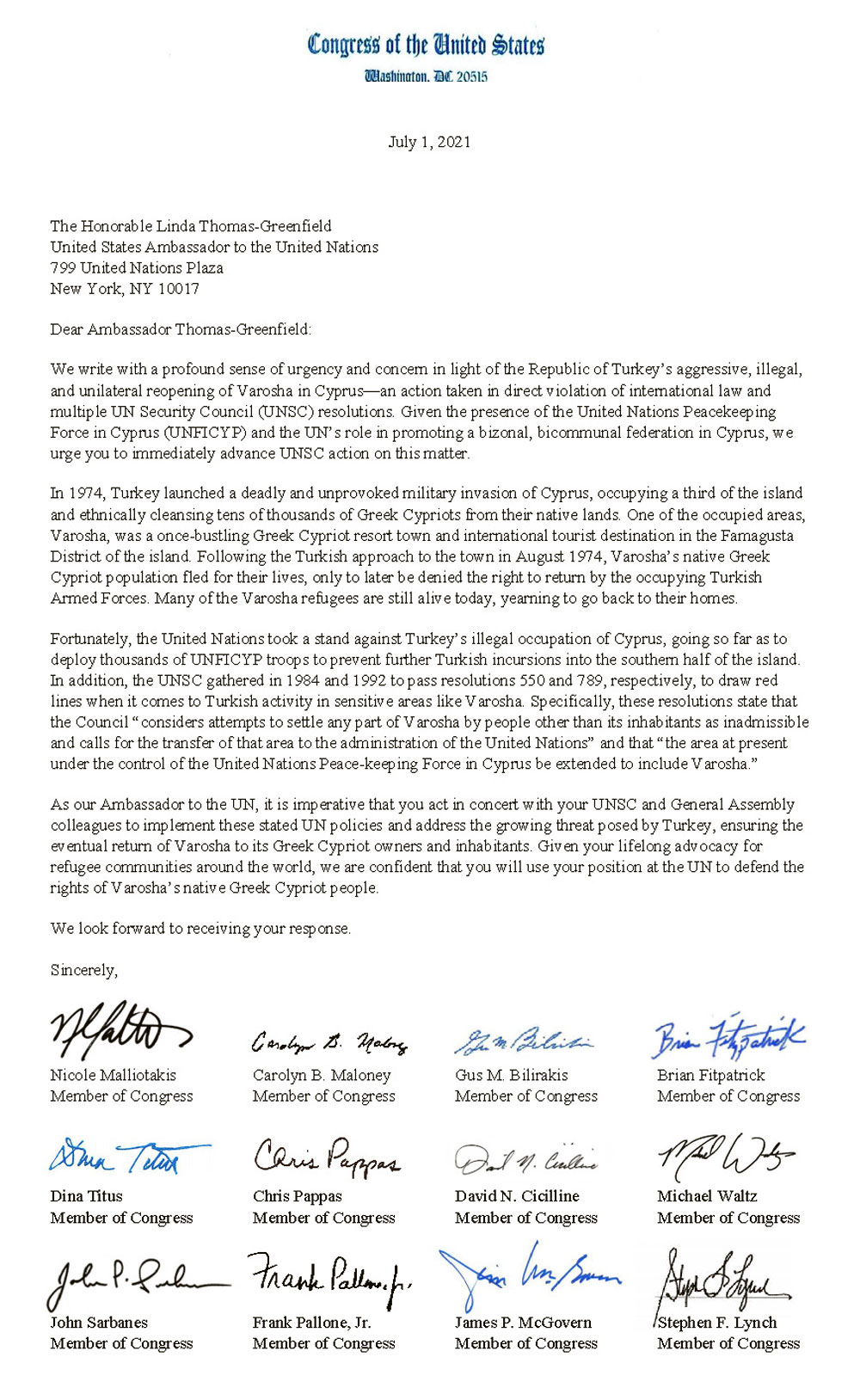