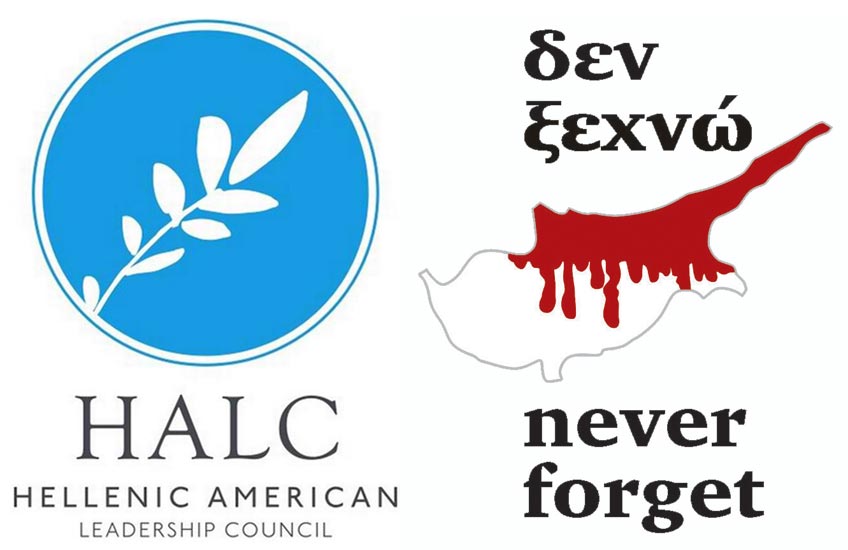 SEPTEMBER 22, 2021 NEW YORK — With heavy hearts, PSEKA and HALC express their disappointment with the recent events surrounding the Turkevi Center in New York and the response from the Greek Orthodox Archdiocese of America after the ensuing uproar.

We are particularly dismayed by the presence of UN Secretary-General Antonio Guterres and His Eminence Archbishop Elpidophoros of America.

We understand the need and special ability of both to hold dialogue with Turkish authorities.  We all share their hope that we can live in peace, that we can all enjoy full religious freedom, and that the Turkish occupation of Cyprus will end and allow Greek Cypriots and Turkish Cypriots to chart their own destiny.

Dialogue is one thing; participating in disingenuous charm offensives and publicity stunts is an entirely different matter.

Both the Secretary-General and His Eminence had prior knowledge that Ersin Tatar was going to participate at the event as “President” of the illegal “Turkish Republic of Northern Cyprus.” They nonetheless chose to appear with him. This appearance was particularly painful as it occurred the same week Tatar insisted on a two-state “solution” to Cyprus — a two-state “solution” that would, of course, continue to violate U.N. resolutions and effectively end the prospect of the reunification of Cyprus.

We call on Secretary-General Guterres and Archbishop Elpidophoros to make their commitment to international law and human rights clear by restating their unequivocal commitment to UN Security Council Resolutions on Cyprus and by refraining from participating in further whitewashing efforts by the Erdogan regime.