BOSTON, MA, April 5, 2022 – In just two weeks, when over 20,000 runners hit the streets of Boston before 500,000 spectators in Boston and thousands more around the world watching on TV and online, to race in the 126th Boston Marathon, “Freedom for Cyprus” will be passing before their eyes.

On April 18, Dr. Miltiadis Mitsias will be running in the world’s largest, oldest and best-known marathon wearing a “Freedom for Cyprus” shirt.  He is a charity runner for the Alpha Omega Council and sponsored by the International Coordinating Committee — Justice for Cyprus (PSEKA) and its President Philip Christopher. 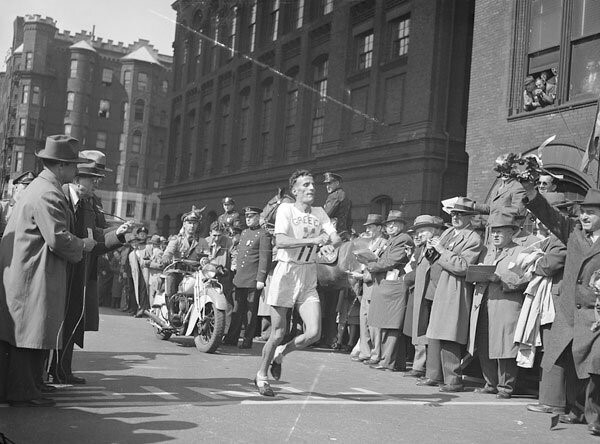 Mitsias will be inspired by one of the greatest figures in the history of the Boston Marathon, a fellow Greek-Cypriot and the race’s first charity runner, Stylianos Kyriakides.

In 1946, after barely surviving the Nazi occupation of Greece as part of the Greek resistance, and with thousands of his countrymen still dying from starvation during the Greek Civil War, Kyriakides felt compelled to run the Boston Marathon to draw America’s attention to Greece’s condition.

He sold his furniture to buy a ticket to Boston, and when he arrived he was so emaciated from the lack of food in war-ravaged Greece, doctors forbid him from running in the race because they were afraid he would die in the streets.

Nevertheless, he started the race.  At the end of the race, he was neck and neck with legendary Boston Marathon winner John Kelley, when an old man shouted from the crowd, “For Greece, for your children!”  Kyriakides pulled away and won the race in 2:29:27, a new record time. According to Life Magazine Kyriakides shouted, “For Greece!” as he crossed the finish line.

Nearly a million people greeted Kyriakides when he returned to Athens with 25,000 tons of food, medicine, clothing and other essentials, including $250,000 in cash, donated by generous Americans who read of his cause and victory.

When Mitsias crosses the one mile mark of the marathon in Hopkinton, he will pass by a sculpture of Kyriakides called ‘The Spirit of the Marathon.’  It depicts Kyriakides being shown the way forward by  the winner of the first modern Olympic marathon in 1896, fellow Greek Spyridon Louis.

An identical statue was placed in the City of Marathon, Greece, sister city of Hopkinton, along the seashore near the ancient battle site, to mark the 2004 Olympic Games in Athens. 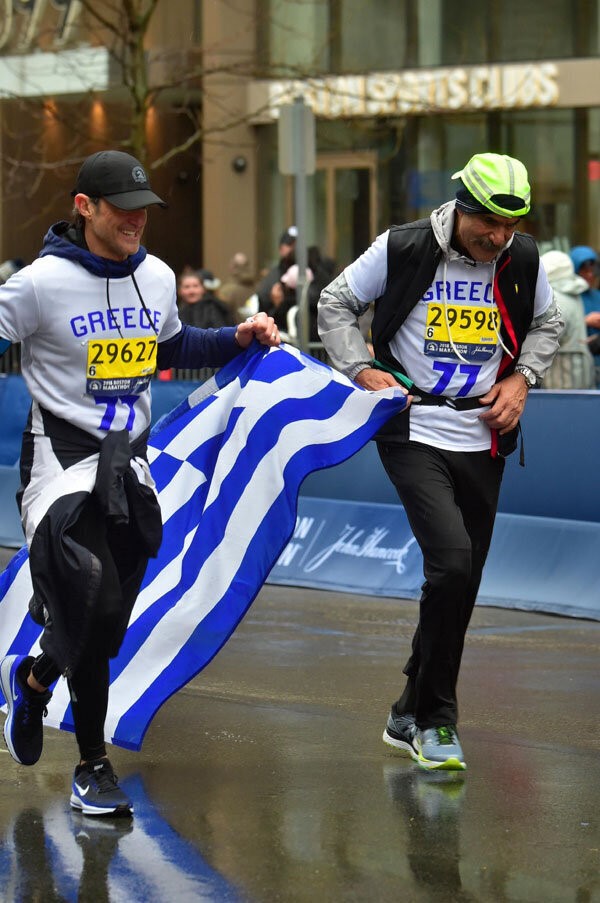 In 2018, Greek-Americans Jimmy Pantelidis, a pancreatic cancer survivor, and Mike Manatos ran in the Boston Marathon as Alpha Omega charity runners wearing replica’s of Stylianos Kyriakides’ jersey.  They crossed the finish line holding a Greek flag and, like Kyriakides but 72 years later, shouted “For Greece!”

Those who wish to support Dr. Mitsias’ run for Cyprus can make a contribution online through the link below, or send a check to the address below.  Please note when making your contribution that you are doing so in support of charity runner Miltiadis Mitsias.