Today, Congressman Chris Pappas (NH-01), member of the Hellenic Caucus, led a bipartisan group of 19 lawmakers in expressing concern about recent reports that Turkey is considering further acquisitions of Russian S-400 missile defense systems and restating their opposition to and requesting an update from U.S. Secretary of State Anthony Blinken on the reported sale of F-16s to Turkey by the United States.

The lawmakers wrote: “As Russia’s illegal invasion of Ukraine continues, we cannot have a North Atlantic Treaty Organization (NATO) member commit to military cooperation with the regime of Vladimir Putin. This undermines U.S. policy in Ukraine, regional peace and stability, and the very NATO alliance unity considerations the State Department has cited to Congress as the reason for considering F-16 upgrades and sales for Turkey.”

The lawmakers concluded: “Under the present circumstances, we must restate our objection to the sale of F-16 modernization kits and/or new F-16s to Turkey. We request a briefing within the next 30 days including an update on the status of negotiations with Turkey on F-16s, how collocation concerns – especially in light of additional S-400s entering the theater of concern – are being resolved, and what steps the Administration is taking to ensure the U.S.-Turkish defense relationship complies with CAATSA and others concerns of Congress.”

In July, Pappas secured an amendment in the House National Defense Authorization Act to limit the sale of F-16s to Turkey.

In November 2021, Pappas led a bipartisan letter expressing concerns about the sale of F-16s to Turkey.

The full letter can be found here and below: 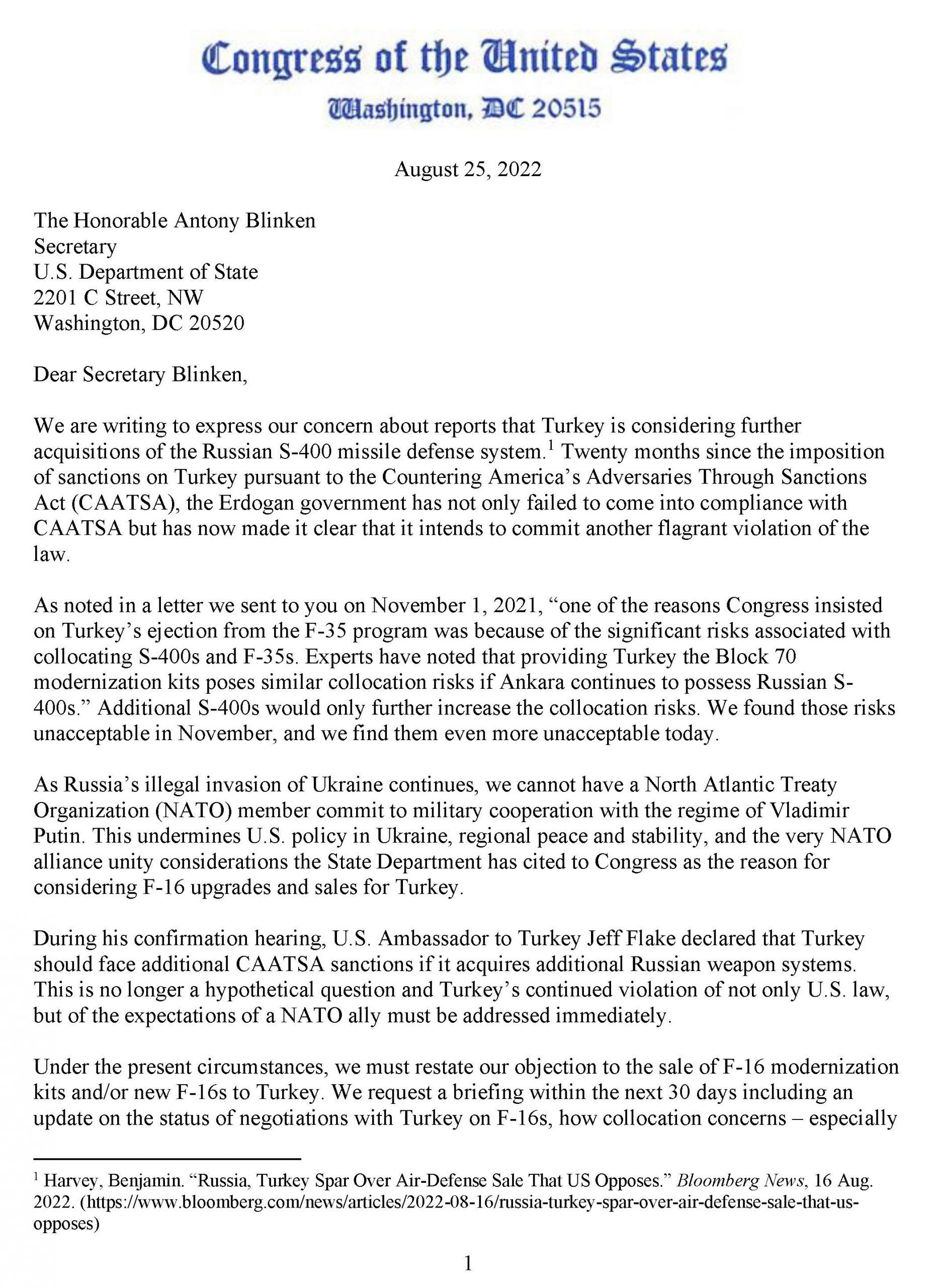 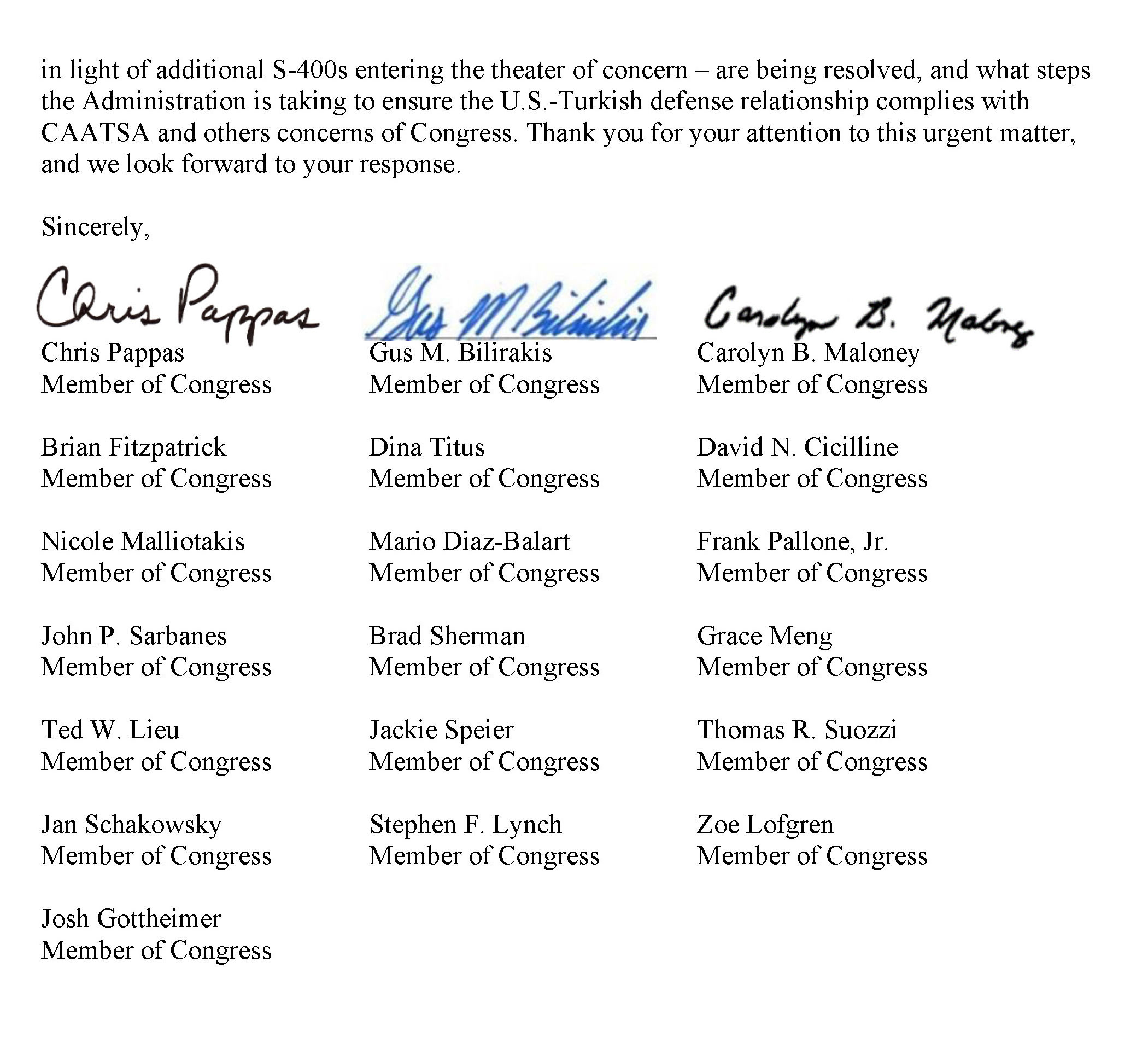